Ive always been a fan of Tag Heuer, and like a lot of people my first entry into the world of ‘expensive’ watches was a Tag, you can read about this here Tag F1

I’m a big fan of motorsport, and Tag Heuer, formerly known as Heuer, are a company with a rich heritage and history of being involved in motorsport. This is one of the reasons I like the brand, that and I just really like the look of their watches!

Most people would recognise the blue faced ‘Steve McQueen’ Monaco as the quintessential Monaco  but as soon as I  saw the colour combination of the silver face contrasted against the orange lume plots and charcoal subdials I knew that this was the model I wanted!

You can trace the Monaco story back to  1969, when the original 1133B Monaco was released, powered by the in-house “Chronomatic” Calibre 11 movement. This original watch was maybe a kittle bit ahead of its time and some classed it as a failure. But thanks to the evocative image of Steve McQueen and the renewed interest in TAG Heuer’s heritage by the late 1990s, the watch was resurrected in 1997 and stands today as the most iconic model in the range.

Tag Heuer also continue to push boundries with the Monaco producing models such as the Monaco V4, Monaco Mikrograph and the Monaco 24. They also do very well with the heritage ‘Heuer’ branded models that evokes that original spirit of the 70s

As for the watch its self, 39mm on paper doesnt sound very big at all by todays standards but because of its square case it does wear larger than its dimensions wouls duggest. Its also quite tall at 15mm so whilst it does have somw wrist presence its in no way over the top on and on the wrist is a very comfortable watch to wear.

The orange dots that sit just above the polished stell batons represent the hour markers. This is one of the features that drew me to the watch over other models which used horizontal markers. The 12 o,clock maeker on previous models was reoresented by quite a laege baton, on this model you only have the orange dots whiche means that the ‘MONACO’ and ‘HEUER’ text is moved further yp the face of the watch, then on the lower half of the face above the date windoe you have the ‘AUTOMATIC CHRONOGRAPH CALIBRE 11’ text. Obviously being a Calibre 11 model the crown is on the left hand side which i really like. On the other side the chronograph puhers are rectangular and serve thier purpose as hey should with the running seconds hand snapping back ti the 12 o’clock position perfeclty every time.

The display back is a nice touch, I quite often find myself taking the watch off to have a look at the Heuer stamped rotor or watch the balance wheel do its thing! 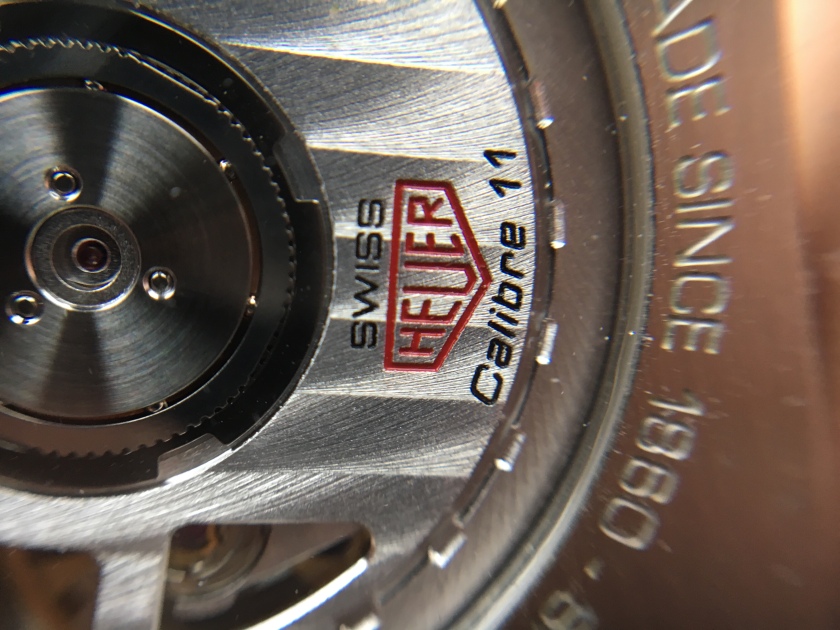 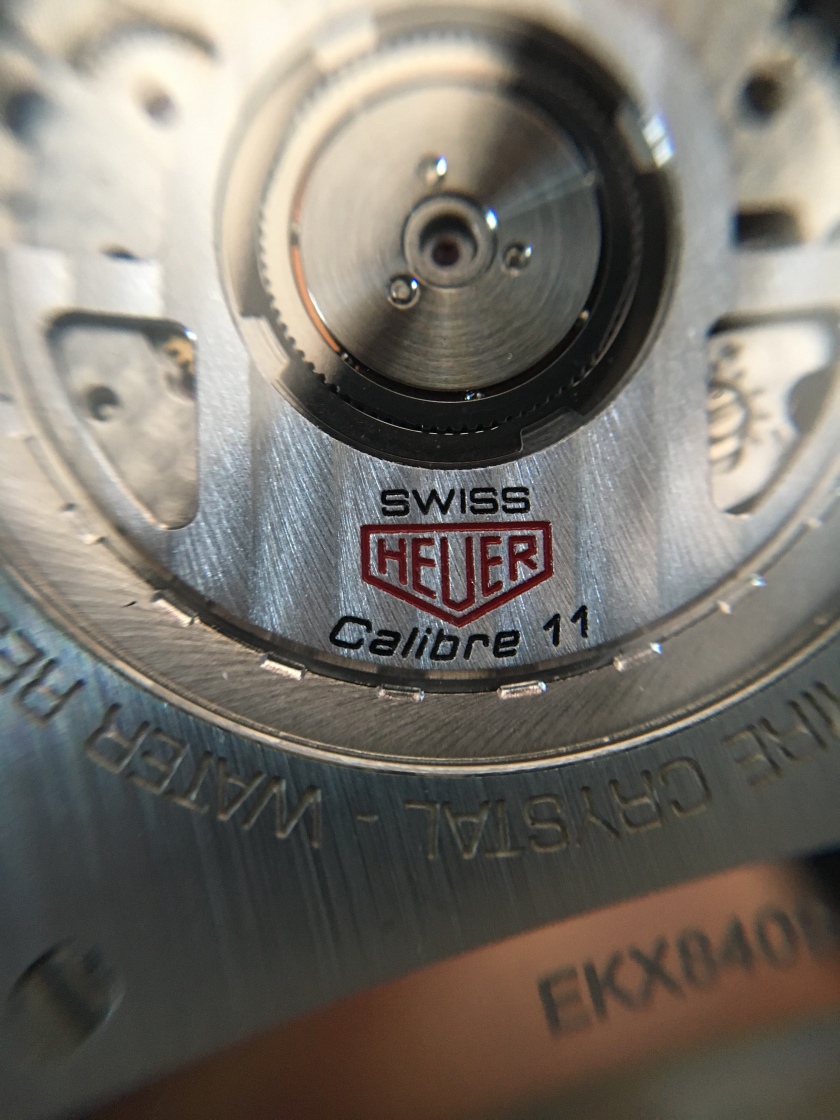 The HEUER stamped clasp and crown are also a really nice touch!