If the 6139 can (in some eyes controversialy) claim the title for the world’s first automatic chronograph, it’s successor – the oddly numbered 6138 movement can quite possibly lay claim to be the most popular and maybe also the most versatile of the classic Seiko chronographs. The first 6138s followed close on the heels of the 6139 – being released in 1970, and like the 6139 were produced until 1979. The most obvious difference between the two is that the 6138 is a two register chronograph, with an added 12 hour register. 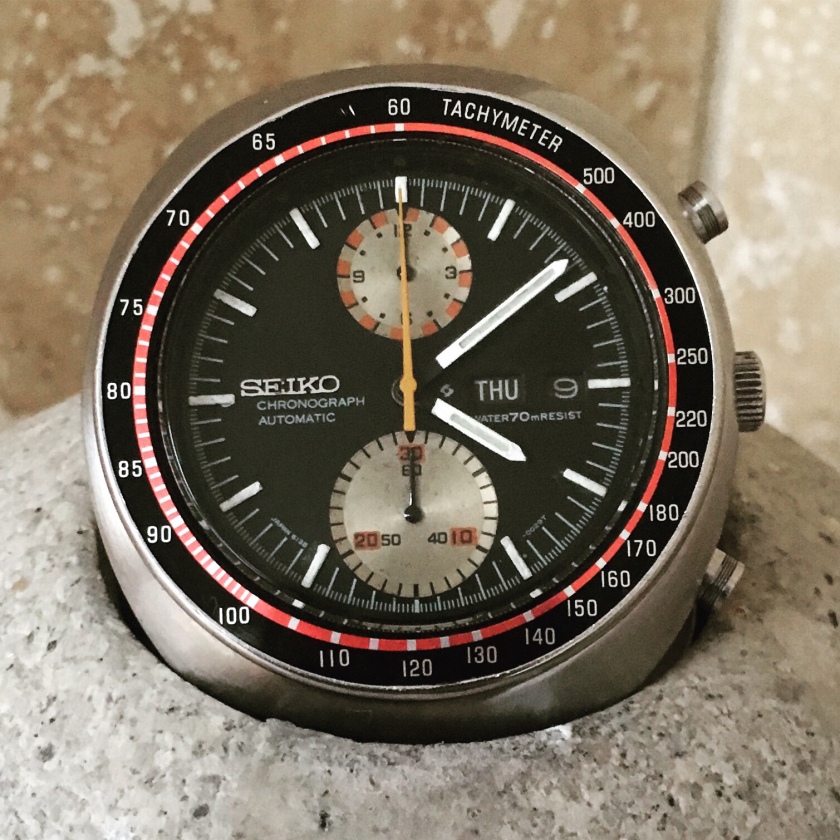 The ‘UFO’ (also referred to as a Yachtman in original advertising) – so named for it’s large and vaguely extra-terrestrial discus like case. These models also go by the references – 6138-0010/0011/0012.

When you look at the thick and bulky UFO it’s easy to see why it appeals to contemporary collectors; it’s funky, lugless case is so very evocative of the time it was made.